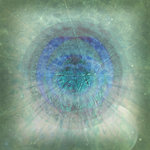 1k032 | released April 28, 2017 | This alignment traverses a multitude of spheres but certainly brings a history of German electronic music colliding with the more experimental and avant garde sound densities.

“Motzer and Wöstheinrich are incorrigible experimentalists not afraid to go to the edge of sound without a safety net.” – John Diliberto, Echoes