“As memory serves, a very busy hectic day & night during our Umlaut Tour 2012 in which Bernhard Wöstheinrich, and I (along with visualist Dejha Ti) played an expansive electronic/avant garde concert set at Orion Studios in Baltimore, Maryland. Afterwards, we packed up all the gear, and hurtled up I-95N to WXPN studios in Philadelphia. After such a long day of running, traveling, packing and unpacking, and playing two concerts, I must say it was a relief to end our day with this set of soaring emotions, ruminative explorations and epiphanies, as we do from time to time in the studios of WXPN.  It is wonderful to have this musical document of where we were musically back then in 2012. We hope you will enjoy it as much as we do.” – TM, August 5, 2020

Further releases resulting from recordings of the Umlaut Tour 2012:

END_OF_DOCUMENT_TOKEN_TO_BE_REPLACED

“In tones edged in platinum the collaboration between Bernhard Wostheinrich & Ombient rings of a far-ranging sonic intelligence – which is felt in its unrestrained directness of expression. By overcoming the limitations of contemporary music this duo better expresses their un-conforming ideas of the cosmos and infinite space” – Chuck van Zyl

Thanks to: Ian Staer, Jeff Towne 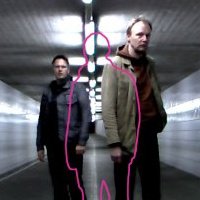 In 1996, Markus Reuter and Bernhard Wöstheinrich began collaborating as centrozoon; to celebrate these 20 years of collaboration, centrozoon will be performing the following select shows in the United States (*all times local time zone, check radio show pages for streaming links). END_OF_DOCUMENT_TOKEN_TO_BE_REPLACED

Bernhard Wöstheinrich
Create a free website or blog at WordPress.com.